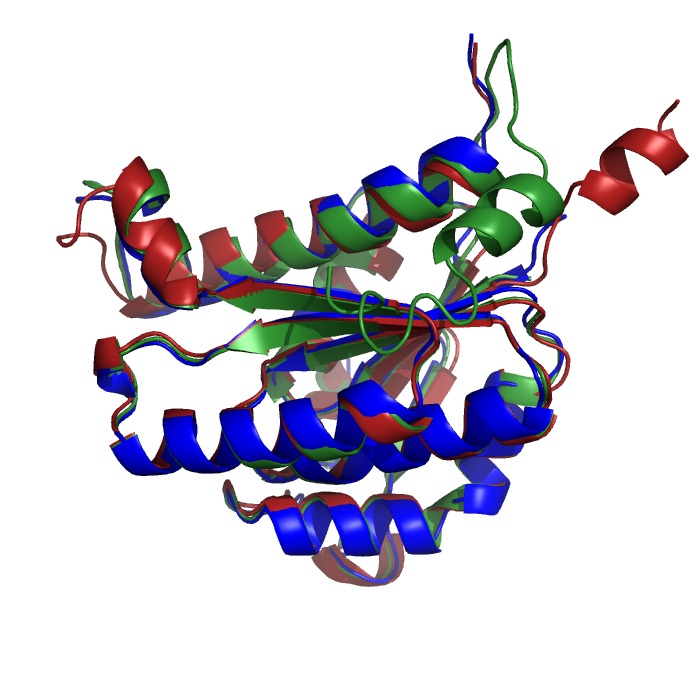 The sequence with UniProt accession  P0A9A6 illustrates several of the basic features of Genome3D. Genome3D brings together predictions from multiple resources and hence allows users to easily assess the degree of consensus between the resources. The image on the lower-right shows that, in this example, there is a fairly high degree of consensus between the individual resources within each group of CATH-based predictions and SCOP-based predictions. Further, by using Genome3D's  mapping between SCOP and CATH, the page is able to colour similar superfamilies the same way and this helps highlight the fairly high degree of consensus for this example across all six domain prediction resources. 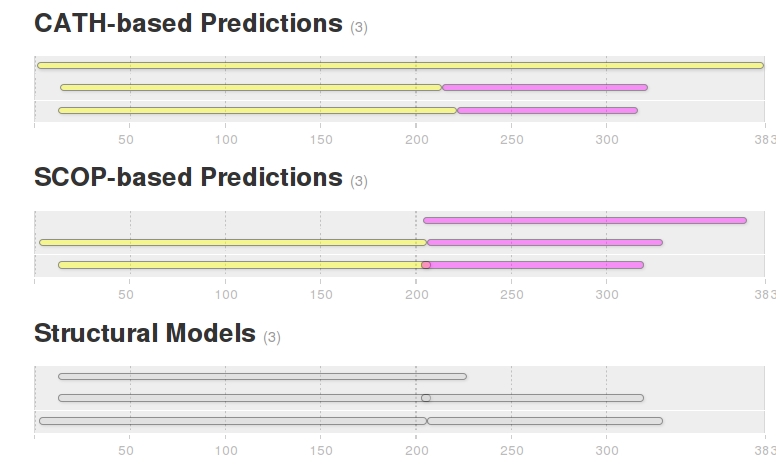 This example also includes three resources' 3D structural model predictions. The page's tools allow the user to superpose these models and hence assess their similarity. In this example, the high degree of similarity between the models (see the pictures the upper-left) gives more reason to be confident in the predicted structures.

HEMK1 is an N5-glutamine methyltransferase responsible for the methylation of the GGQ triplet of the mitochondrial translation release factor MTRF1L. According to the  Gene Expression Atlas, HEMK1 is differentially expressed in 374 experiments with various tissues, disease states, conditions, etc. In the catalogue of somatic mutations in cancer ( COSMIC), 1 missense mutation is reported for residue 271. According to  canSAR, an Integrated Cancer Drug Discovery Platform, there is a single known structure with just 35% sequence similarity to HEMK1. 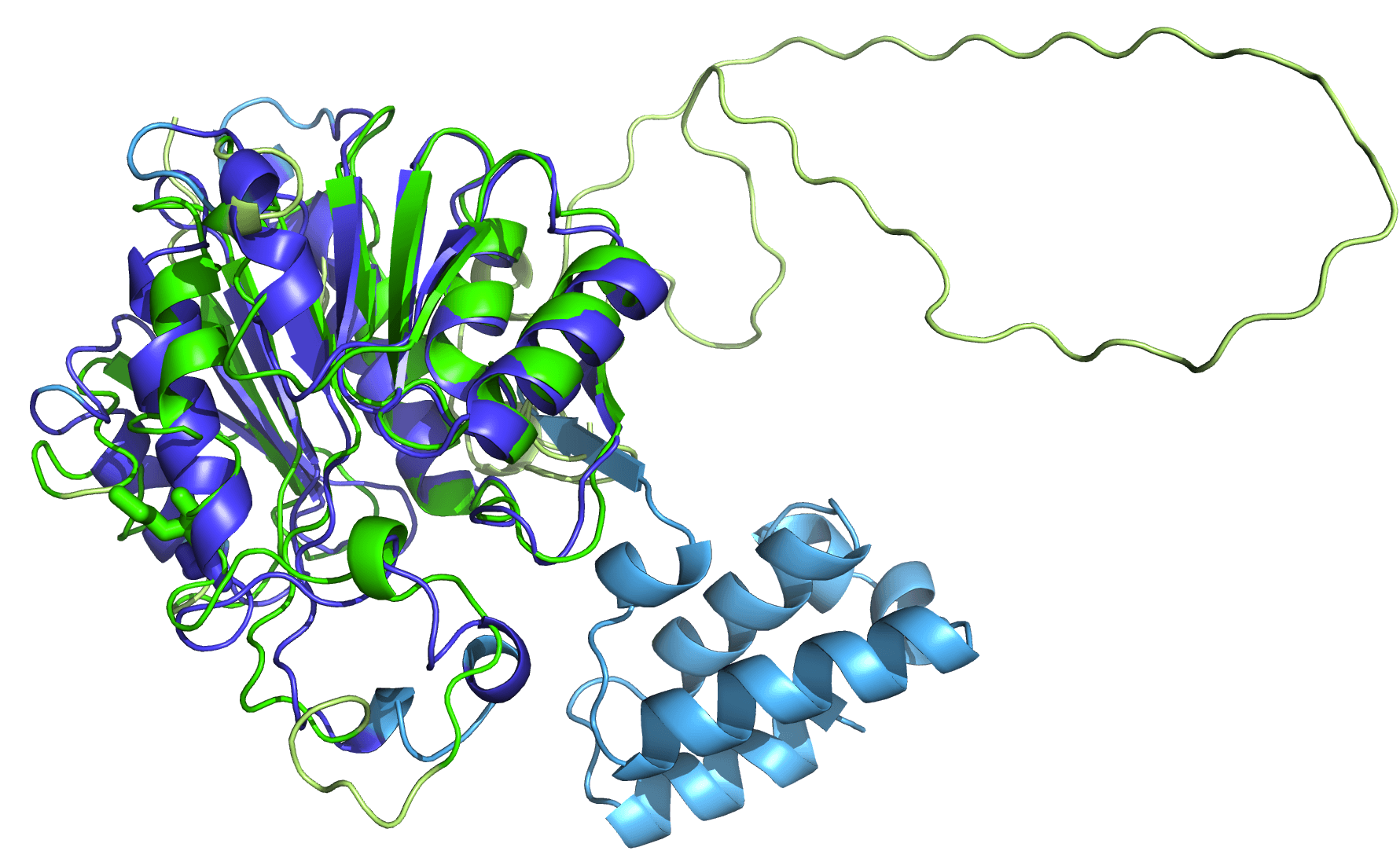 Here in Genome3D, we observe an excellent agreement between the individual resources, within the SCOP-based annotations, the CATH-based ones, as well as across them. As expected, the best templates identified by DomSerf, Superfamily and Phyre have low sequence identity: 31%, 12%, and 31% respectively. Moreover, there are no identical homologues selected by these 3 resources for protein modelling. Still, the models generated by DomSerf and Phyre exhibit a high degree of similarity in the region 121-334 (overall TM-score 0.624 when aligned using  maxcluster).